Why D&I Hiring Is Harmed By Anonymous Resumes

D&I hiring has been a hot topic for a few years now and long overdue. In our attempts to try and level the playing field, we seem to have decided that our unconscious biases are corrupting the process of fair candidate selection. Yet because of all of these unconscious biases, we seem to be adopting recruiting processes that do the exact opposite of what they’re meant to be doing. There’s even technology now that omits information from resumes that may give an idea of age, race, sex, and other potentially discriminatory references. They believe that this will reduce unconscious bias. There are three major problems with this:

Firstly, following the resume selection process, candidates go on to get interviewed, so this just shoves the problem of discrimination along to the interview process. At the interview, it’s not like unconsciously prejudiced inclinations turn off. Interviewers don’t sit in an interview when a “diversity candidate” walks in and say, “Oh! We weren’t expecting you. Well, thank goodness our resume selection was blind, as otherwise, you may not have come this far. Now you’re here; our unconscious prejudiced biases have miraculously disappeared. So tell us a bit about yourself?”

Secondly, diversity requires human intervention when screening resumes to make sure diverse candidates are given an opportunity to make it to the interview shortlist as they’re so underrepresented in the first place. Removing references to diversity indicators, like taking out names at the beginning of a hiring process, leads only to a meritocratic selection process, which is great for the best candidate, but that’s not always a pro-diversity solution. For example, let’s say you have 200 candidates in an inbox for a job application. Let’s say ten of these are so-called diversity candidates. Statistically speaking, if we don’t know who those ten are at the offset, there’s a 95% chance they could be missed altogether from the final shortlist of ten candidates. We have to give the underrepresented groups a fighting chance by making sure they are represented, which means identifying who they are in the first place. I couldn’t think of a worse solution.

Thirdly, the way to reduce a bias is not to just pretend it’s not there and cover it up so those who are prejudiced don’t see it. That’s not reducing unconscious bias; that’s just reducing exposure to indicators that trigger unconscious biases. It doesn’t reduce unconscious bias in that person. There’s a big difference. What is the point in that? Why not just deal with the problem rather than masking the symptom?

In 2021, with diversity hiring being so high on all corporate companies’ agendas, with all of the measures in place to rebalance the inequalities that have existed for a long time, we really must consider much better ways of addressing these inequalities. Companies removing names from resumes implies that without such measures, their recruiters and hiring managers will be out of control with their prejudiced biases making choices on their behalf.

Just three weeks prior to writing this article, I was having a conversation with an HR tech event promoter who was, I believe, half Jordanian, and half Scottish. He had an Arabic name, and as we were discussing this subject, he mentioned how he did an experiment where he changed his name and applied for jobs and got way more responses. I’ve also read the studies where similar results happened. It would be convenient to use this as the reason to use blind resumes. It sounds, on paper, like a reasonable solution. However, it’s not solving the problem. It’s yet another reason why we should be tackling this problem head-on and identifying these individuals through internal audits of the hiring process.

To those that say, “Well, we’ve been using this, and it’s been really effective,” I’d say, “Well, that’s great. Clearly, you have a problem in your company that you have to get to the bottom of. What you’ve identified is a symptom, not the cause. One or more people in your hiring team are clearly in need of some training or maybe even being let go. My suggestion would be to do an audit that should be run by the D&I team to identify where this is happening, and take appropriate action, be that remedial training or disciplinary.”

One thing that has to be considered in addressing these issues, especially in large companies, is the candidate selection process. Internal recruiters are usually the first people to screen candidates. Not always, but for any significantly sized company, it typically will be. Internal recruiters have an unbelievably time-intensive job where they are almost always stretched beyond capacity. When they receive 200-300 applicants per role, and they may be working on 20-50 roles at any given time, they’re not always getting through all of the applicants. Often they’ll skim through the first 20-50 candidates, select three or four, send them on to the hiring manager, and then onto the next role. If they’re only seeing 10% of the applicants, it’s not obvious that the list will be proportionately representative of the whole group of candidates. What is certain is that not enough diverse candidates will be in that 10% as they’re already statistically underrepresented. So the representation needs to change by forcing more diverse candidates into that initial group that will be seen, and the only way to do that is by knowing who the diverse candidates are in the first place. If discrimination is to be dealt with at the resume stage, redacting any race or gender indicators is not the way to do it. That’s a proverbial band-aid on the knee for a punctured lung.

Can we control our unconscious bias, or alternatively, is it a more achievable goal to manage our conscious thoughts in order to better control a process? I believe we have to focus on what the Nobel Prize Laureate, Daniel Kahneman, calls our System 2 thinking, which he describes as “the conscious, reasoning self that has beliefs, makes choices, and decides what to think about and do” (Kahneman, 2011). This contracts with System 1 thinking, which is our unconscious thinking. In doing so, if we are to use technology to reduce resume bias at all, instead of making it a blind resume process that only results in any prejudices once again emerging in the interview process, let’s use technology in a different way. In the example of the 200 applicants, candidates with any diversity indicators should be highlighted and prioritized in the list, and recruiters must consider them based on merit and skillset. They must also be rejected based on merit and skillset.

Some may say, “Well, that’s not fair on the other candidates.” We cannot, unfortunately, have both a meritocracy and a pro-diversity agenda that operate at the same time. You either have one or the other. A meritocracy will, of course, not exclude underrepresented candidates, but if we’re to shift the needle in any significant way towards a more diverse workforce, this has to be done by design and not just by accident or with hope.

Rather than a blind resume mandate, I believe there has to be some proactive intervention that starts with understanding who the underrepresented candidates are in the first place. The second important piece of the puzzle is to have a process audit owned by the D&I team that audits this process in the same way financial processes are audited. How do we de-risk the chances of a finance director stealing money? Do we start by assuming they’re going to cook the books and therefore anonymize certain parts of the financial ledger to prevent them from committing fraud? Of course, we don’t. What we actually do is get them to pass exams to qualify that they know what they’re doing, then their books are audited on an annual basis. They’re not offended by the audit. It’s part of the job. Will there be finance directors that still steal money? Of course, there will be. There will always be criminals in all walks of life, but the overwhelming majority of finance directors want to do a good job and act as good corporate citizens and no doubt enjoy the satisfaction of seeing a clean audit on their work.

With this potential solution, the D&I team would have access to the candidate applicant tracking system (ATS), and recruiters could have a bi-yearly or yearly audit where some roles are selected, and the recruiters are asked to talk through their decisions. This would hold recruiters accountable, and for the overwhelming majority that does the right thing, this would be a welcome process to demonstrate their commitment to D&I through their actions. For any that fall short of expectations and are clearly making prejudiced decisions, well, there should be a zero-tolerance approach. Dealing with it in this way, we’re actually fixing the problem and not just putting a band-aid over it. Those whose prejudices manifested in their candidate choices get focused training, sparing everyone else from the unwarranted guilt of the actions of the criminal few.

In summary, for us to improve the likelihood of positively impacting diversity at the resume selection level, we are really faced with two choices:

Remove any indicators of diversity from resumes. This provides anonymous cover for the prejudiced decision-makers who may be oblivious to their prejudices, and therefore, this doesn’t help remedy their choices. Also, we turn everyone into a suspect as a result by hiding the identity of the people we’re trying to hire more of from the well-intentioned decision-makers. As a result, we statistically minimize diversity candidates chances of being seen, and besides, when they make it to interview, no resolution has been undertaken to resolve the underlying prejudice behaviors, so there is no resolution.

Firstly, use an ATS that sorts candidates by diversity indicators and make sure those candidates are at least considered. Then create a hiring audit plan owned by the D&I team where roles are randomly selected to talk through the decision maker’s candidate choices. Those who pass the audit get to celebrate their clear commitment to diversity; those who fall short get trained or fired, and over time, in theory, we will be in a healthier place than if we were just covering up for the prejudiced decision-makers.

Fraser Hill is the founder of the leadership consulting and assessment company, Bremnus, as well as the founder and creator of Extraview.io, an HR software company aimed at experienced hire interview and selection in corporates and executive search firms. His 20+ year career has brought him to London, Hong Kong, Eastern Europe, Canada, and now the US, where he lives and works. His new book is The CEO’s Greatest Asset – The Art and Science of Landing Leaders. 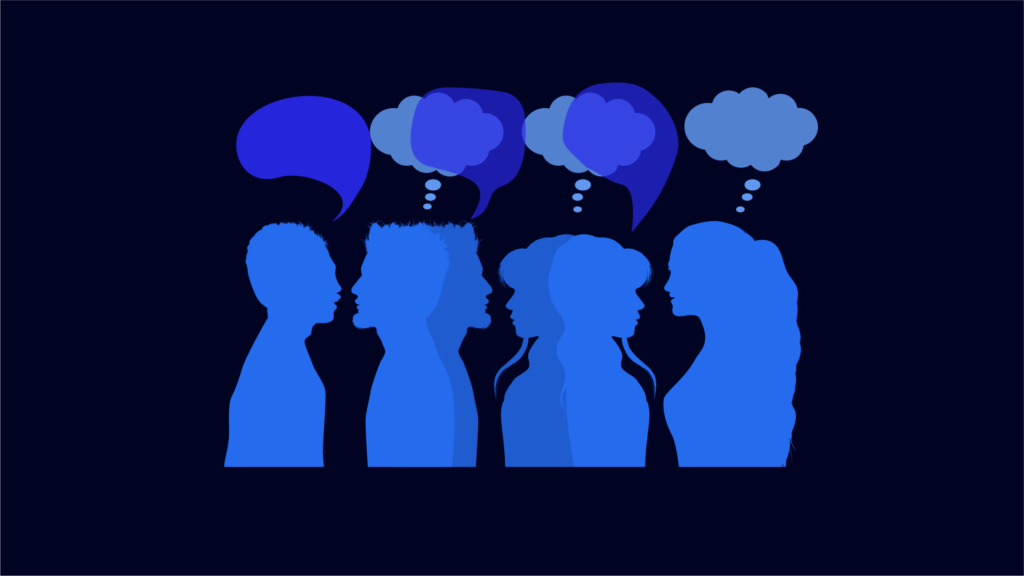 The Unbiased History of Unconscious Bias

We have been led to believe that our unconscious biases are corrupt and cannot be changed. A whole training industry has been born out of this misled belief guided by misleading science without the complete scientific history being shared. Here we share the entire scientific history, which paints a much different story. 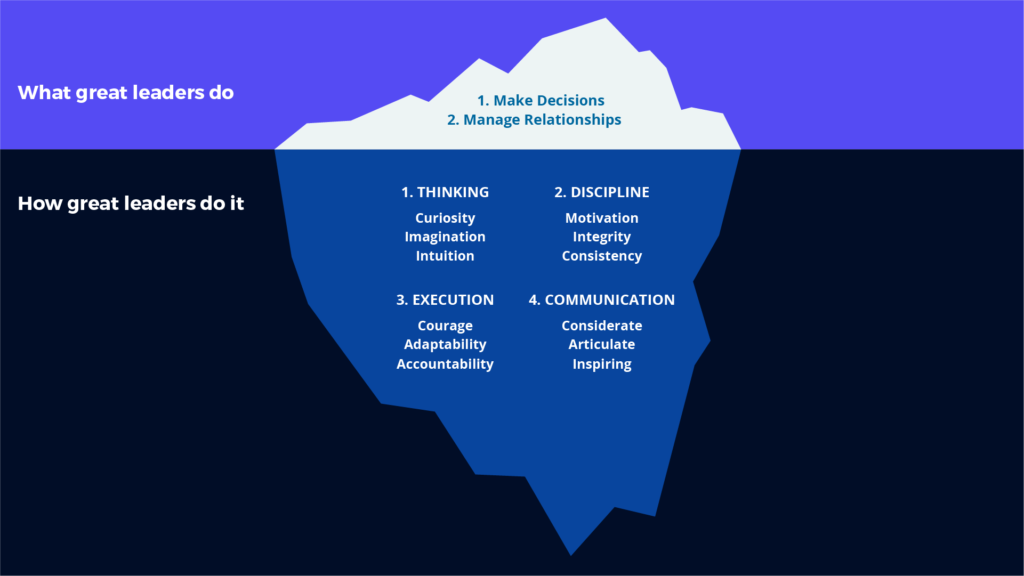 Fortune 500 companies often use thirty or more so-called traits to assess leaders. Are these really all traits, though? In order for us to have a fairer and more equitable leadership assessment, we need a simpler approach. This research with over 1700 leadership interviews, has the answers. 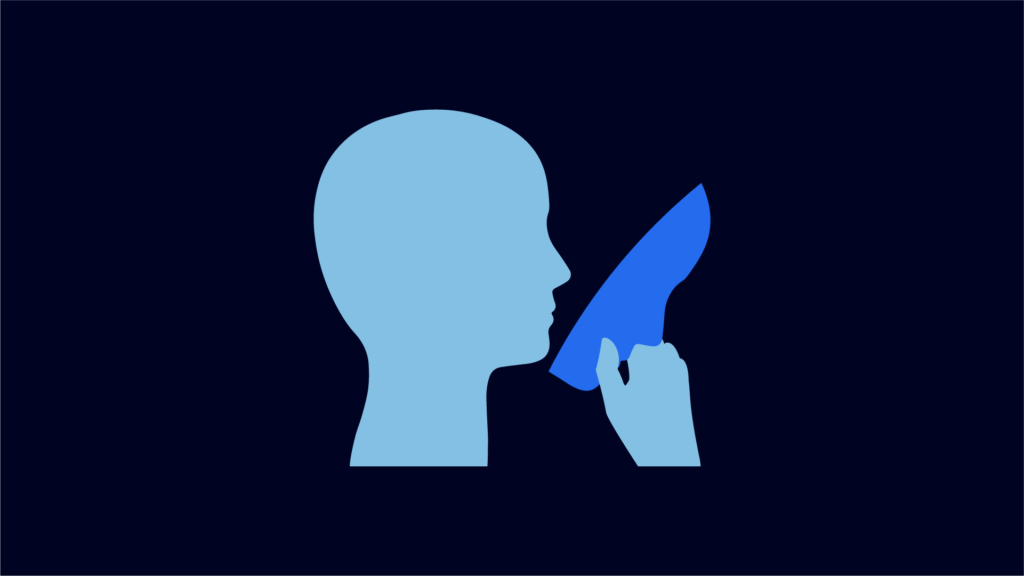 We often hear now, “Don’t hire for what they’ve done. Instead, hire for what they can do.” This article sheds some light on how there couldn’t be a worse idea when it comes to leadership hiring. If the critical traits of successful leaders aren’t evident in their work already, they’re not about to change.